Hopes were dashed after the Athens stock market reopened Monday, with the Global X FTSE Greece 20 ETF (GREK) down about 2.2% for the week. 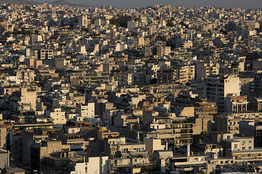 Things were much worse for the four Greek bank stocks that trade in the U.S.: National Bank of Greece (NBG), the largest of the bunch in market capitalization, fell 16% on the week to 76 cents. The second-largest, Alpha Bank (ALBKY), fell 15% to 6 cents. ButPiraeus Bank (BPIRY) fell 55% to 40 cents, and Eurobank Ergasias (EGFEY) fell 59% to 3 cents.

In my emerging markets column dated Aug. 3 — Greece is in the MSCI Emerging Markets Index — I warned that the month of August is likely to bring more political infighting and confusion before Greece faces a crucial payment on Aug. 20. See “Greek Relief Is Already Over,” (subscription required.)

Indeed, the folks at SGH Macro Advisors note while European Union officials want Greece to submit a memo of understanding before August 11 or at least August 13 as a condition for a European Stability Mechanism (ESM) disbursement, the memo may not come. And Greece needs money to pay the European Central Bank (ECB) on August 20.

“Rather than allowing a default on the ECB loan, which would almost certainly lead the Bank to cut off the liquidity lifeline that it has been granting Greek banks, the creditors would probably agree to another bridging loan.”