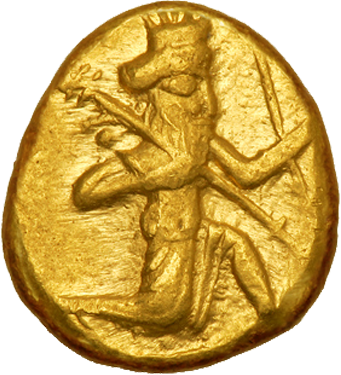 Persian Daric – First Global Reserve Currency. Guaranteed 95.83% purity gold. Introduced by Darius I the Great, 521 – 486 BC. In circulation until 330 BC defeat of the Persian Achaemenid Empire by Alexander the Great of Macedonia.

Over the years we have built a reputation as a trusted, highly valued source of un-biased, un-conflicted information and insight to the policymaking and investment communities, one that is materially differentiated from street research, the press, and think tanks. SGH Macro Advisors, LLC, is headquartered in Greenwich, CT, and maintains affiliates in Washington DC, Brussels, London, and Tokyo.

SGH reports are highly valued for keeping clients and policymakers informed and well-ahead of consensus and the news cycle on the macro policy events driving global markets.
View all highlights

SGH Macro Advisors hosts private roundtable meetings and events for clients and senior policymakers and will on occasion share its insights and grant interviews to selective media upon request.
View all news