With oil prices sinking toward $45 per barrel this week, the Middle East experts at SGH Macro Advisors say that a compromise to prop up prices could be imminent among big OPEC producers. 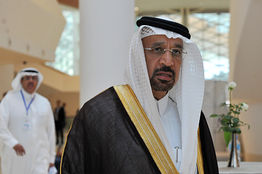 The Organization of Petroleum Exporting Countries has been pumping oil at record levels ahead of its meeting later this month. OPEC has promised the meting will result in curtailed oil production. The idea is to put a floor in oil prices, and push them toward $60 or more per barrel. The international Brent price closed near $47 per barrel Wednesday.

Doubts have been mounting this week that an OPEC agreement can be reached, with members including Nigeria and Venezuela struggling economically after years of low oil prices. Meanwhile, Russia has balked at any production curtailment. But SGH CEO Sassan Ghahramani and Analyst Kevin Muehring are now more hopeful. They write:

” … in the last 24 hours or so, a compromise on Iraq’s participation looks imminent, which in turn should clear the way for a credible agreement at OPEC’s November 30 Summit in Vienna on the first cuts in OPEC output since 2008 … The key breakthrough is what looks likely to be a Saudi concession to accept an Iraqi quota at their higher 4.7 million barrel-per-day output figure they recently asserted as their current output rather than the 4.1 million bpd figure used to formulate the 32.5-33 million bpd total OPEC output target in Algiers, which was initially based on secondary industry sources.

To help make up the difference, Saudi Arabia is indicating a willingness to cut its output by up to 100,000 bpd on top of the 440,000 bpd on offer in Algiers, or a total as high as 540,000 bpd. With the cuts by Kuwait, the United Arab Emirates, a little from Qatar, and mostly token amounts by the non-Gulf OPEC oil producers, total OPEC output cuts should still be north of 800,000 bpd.

In a further sign of how badly Riyadh wants a credible deal in Vienna to stabilize oil prices, it has also confirmed a quota exemption for Iran as well as for Nigeria and Libya. It means, in effect, the Saudis are ceding to some degree market share to make room for the Iranian efforts to get back to its pre-sanction levels it puts at just over 4.1 million bpd …”