The informal meeting of the Organization of the Petroleum Exporting Countries or OPEC on Wednesday in the capital of Algeria could lay the groundwork for a production freeze or quotas — but in November, says SGH Macro Advisors.

Sassan Ghahramani, CEO of SGH, a New York consultant to asset managers and policy makers on the global economy, and Kevin Muehring, managing director, explain that the much-ballyhooed OPEC “meeting” in Algiers this week has no decision making authority and is tacked to the end of an energy conference that began today. SGH is among the skeptics about a near-term production freeze. They write: 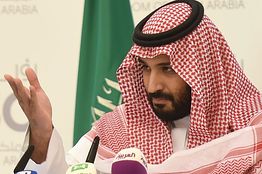 “… We seriously doubt such substantial progress would be made among the OPEC members to lead to a rapid “extraordinary” OPEC meeting. The Russians, for their part, have already said they are leaving Algiers on the 28th, and will not … participate in any agreement unless the OPEC member countries reach a prior agreement to limit their output, which is not going to happen.

… our sense is that the scramble among some of the OPEC members like Venezuela to make further inroads towards a binding deal to “freeze” output at current levels has already run its course. Libya, Iraq, and Nigeria … are demanding exemptions, and most of all, Iran will flat out refuse to participate until their output is back to its pre-sanctions levels above 4 million bpd that is a stated objective as a “sovereign right.”

Likewise, the Saudi offer of a one million barrels-per-day output cut should also be taken with a grain of salt … coming with the pre-condition [that] Iranians … freeze output at current levels of around 3.6 million bpd. The Saudis knew it would be rejected, which it was. But both the Saudi offer, and any movement in Algiers to at least sign off on the formation of a technical working group should be taken as positive signs on the movement well underway behind the scenes towards a new ceiling/quotas based framework for an agreement that could come as soon as the annual OPEC Summit in Vienna on Nov. 30.”

For more on the oil-production-free discussion, see our posts No OPEC Oil Freeze Likely, MLP Investor Says, Russia, Saudi Arabia Will Cooperate On Oil, But No Output Freeze Yet andSchlumberger, China Invest In Venezuela Before OPEC Meeting.